Check out a few of our new Adult titles! 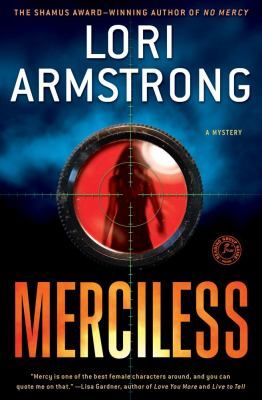 Amazon: Torn between her duties to the FBI and her need to keep her loved ones safe, former black-ops army sniper Mercy Gunderson must unleash the cold, dark, merciless killer inside her and become the predator . . . rather than the prey.

Newly minted agent Mercy Gunderson is back and ready for actionâ€” unfortunately, sheâ€™s stuck doing paperwork in an overheated government office building. But she gets more than she bargained for when sheâ€™s thrown into her first FBI murder case, working with the tribal police on the Eagle River Reservation, where the victim is the teenage niece of the recently elected tribal president. When another gruesome killing occurs during the early stages of the investigation, Mercy and fellow FBI agent Shay Turnbull are at odds about whether the crimes are connected.

Due to job confidentiality, Mercy canâ€™t discuss her misgivings about the baffling cases with her boyfriend, Eagle River County sheriff Mason Dawson, and the coupleâ€™s home on the ranch descends into chaos when Dawsonâ€™s eleven-year-old son Lex is sent to live with them. While Mercy struggles to find a balance, hidden political agendas and old family vendettas turn ugly, masking motives and causing a rift among the tribal police, the tribal council, and the FBI. Soon, however, Mercy realizes that the deranged killer is still at largeâ€”and is playing a dangerous game with his sights set on Mercy as his next victim. 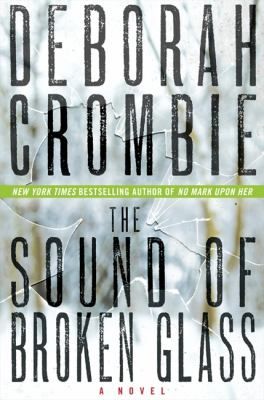 Amazon: Scotland Yard detectives Duncan Kincaid and Gemma James are on the case in Deborah Crombieâ€™s The Sound of Broken Glass, a captivating mystery that blends a murder from the past with a powerful danger in the present.

With an abundance of twists and turns and intertwining subplots, The Sound of Broken Glass by New York Times bestselling author Deborah Crombie is an elaborate and engaging page-turner. 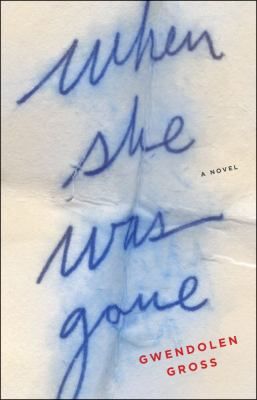 Amazon: What happened to Linsey Hart? When the Cornell-bound teenager disappears into the steamy blue of a late-summer morning, her quiet neighborhood is left to pick apart the threads of their own lives and assumptions.

As the days of Linseyâ€™s absence tick by, dread and hope threaten to tear a community apart. This luminous new novel by the acclaimed author of The Orphan Sister explores coming of age in the shadows of a suburban life, and what is revealed when the light suddenly shines in. . . . Stevens County Library, Hugoton Kansas
Conversation with my spouse after receiving a wedding invitation: Wife: "I put January 26th in the calendar" Me: "it wasn't there already!?"
No Shelf Control 1.26.2022 - https://mailchi.mp/e0701bd9da2e/no-shelf-control-1262022